Cats are regarded as mysterious creatures but dogs are not far behind and some of their behaviors are simply strange and weird. Moreover, at times it is hard for us humans to make sense of it but there are valid reasons behind why they do what they do. Thus, to help you understand some of these strange and weird behaviors of your canine buddy, we’ve unpacked as many as six of them in more detail. Read on to know more.

#1. Chasing Their Own Tail

#2. Eating Their Own Poop

This sounds so gross and yucky but unfortunately, some dogs, if not most, do this weird thing. But have you delved deeper into this and found out why they do it? Well, there are quite a few reasons behind this strange and absurd behavior. One, it could be that your pup likes the smell and taste of it. Second, your pup might be hungry and when there’s no food around, they wouldn’t think twice before eating poop. Moreover, the most common reason could be that your buddy has worms in his stomach. Thus, a good option would be to opt for wormers such as Drontal and other proper wormers to eliminate worms in your canine.

Sometimes our dogs can give you that weird stare which can be kinda strange and odd but they do it for a very valid reason. It could either mean that your buddy is craving your attention or he wants you to give him some tasty treats. In most cases, it is generally the latter because dogs simply love food and would crave for it all throughout the day.

This behavior seems absolutely gross but when you know why they do it, you wouldn’t blame them at all. Just like how we greet someone, similarly, a dog sniffing another dog’s butt is a way of them greeting their fellow canines. They do so in order to get to know the other dog because as you know, a dog’s sense of smell is 10,000 times better than humans. So it’s obvious, they would use their strongest suit to get to know someone.

#5. Humping On Another Dog

You must have seen one dog hump on the other, and while this sight seems not so good, they do it for a reason. Most of us would think that it’s sexual because, to be honest, the sight does seem like it but no, it’s not entirely true. They generally just do it to gain the attention of the other dog. And generally speaking, these are more likely to occur with spayed or neutered dogs.

#6. Walking In Circles Before Laying Down

Perhaps this particular behavior would not be termed as weird but it’s definitely strange to see a dog walk in circles before laying down to sleep. Dogs generally do this because they want their sleeping spot to be more comfortable and by walking in circles before they lay down, they feel like they’re making it comfortable. You can’t blame them also, because well, it’s an ancestral ritual that has been passed down over the years.

We can clearly see that our beloved dogs are truly weird but in a good way and we love them no matter what. So keep taking good care of them and protect them from all the harmful pests and diseases. And speaking of safety, visit CanadaVetExpress to get quality pet care supplies at the most affordable rates.

Comfortis Plus (Trifexis) vs Simparica Trio

Are You Worried About Your Cat’s Tapeworm Infection?

10 Things To Do This Pet Appreciation Week!!! 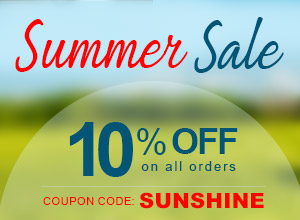