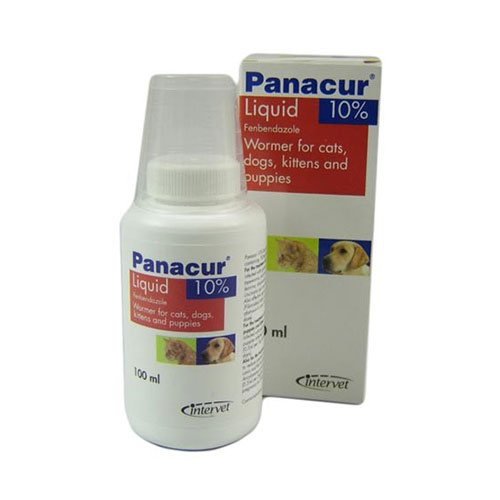 Panacur Oral Suspension is a ready to administer oral anthelmintic for both dogs and cats including unweaned puppies and kittens from two weeks of age. It is highly efficacious against roundworms, hookworms and tapeworms such as toxocara, toxascaris, anyclostma, trichuris, uncinaria, taenia species and giardia infections in dogs, and lungworm in both cats and dogs. It is equally safe to dispense to pregnant bitches at 25mg/lbs daily for the last 25 days of pregnancy.

this wormer has controlled recurring worm infection in our spaniel. she is no more dealing with chronic worm conditons.

Best lifesaver for our dog, we dosed for three continuous days and it helped her a lot.

Effective oral suspension for worm infections. we are using on our dog since she was two years old

fantastic product when it comes to treating worms

this suspension is always easy to dose to our fussy puppy