Marijuana and Dogs – How Dangerous is One to Another

If your dog has taken marijuana accidentally, then it does gonna to be a little tough time for you. Pet owners are always scared when anything goes wrong with their dog and more importantly when something like weed or drugs surfaces out it truly becomes critical. Let us discover the various phenomena that may surface out in case your furry companion has ingested something unexpected without anybody’s knowledge.

What happens if my dog eats marijuana?

If by accidentally your dog has taken marijuana, he may go high. And, if too much is ingested, it could be fatal.

What are the effects of Marijuana on dogs?

Some of the major effects excluding the minor ones are

Is Marijuana bad for dogs?

As per the research studies, there are many possibilities of marijuana intake. In some cases, dogs may go high and even worst when more is ingested, it can be deadly. Some dogs though may not have a negative effect but rather a positive one. They may live longer with good health as per some of the research studies. However, it can be in rarest situations otherwise usually, it is fatal.

How does marijuana affect your dog?

Marijuana has a totally negative effect on the body system of your dog. The drug slowly seeps into the body via inhalation or ingestion and later binds with the specific neuro-receptors in the brain, altering normal neurotransmitter function. THC – a chemical in marijuana reacts with neurotransmitters such as norepinephrine, dopamine, serotonin, and acetylcholine. Though human’s and pets anatomy is different, they both have two receptors in their bodies. CB1 triggers the central nervous system and CB2 affects the peripheral tissues. It has been tricky to identify whether all the pharmacologic mechanisms have been affected by cannabinoids or not. However, it has been theorized that CB1 is the major component that is responsible for most of the effects of marijuana.

Anything that goes inside the body should go outside. THC being the lipid-soluble gets easily accumulated in the fatty tissue in the liver, brain, and kidneys before being ejaculated out from the body. Gradually, this THC is broken down and metabolized in the liver and the majority (up to 90%) is eliminated in the feces and the small percentage – 10-35% is thrown out through urine. Until and unless the entire portion is removed from the body, the effect does not ward off. And, for this to happen, the drug has to be metabolized and excreted.

How poisonous is marijuana for my dog?

According to the animal poison helpline, out of 50 cases received, 98.8% tend to be fatal leaving just a margin of 1.2% for any chances of survival.

Primarily, it ranges from moderate to severe. In case your dog has ingested marijuana accidentally, it is better to call your vet or animal poison control center immediately. Sometimes, too much of marijuana ingestion can be life-threatening for a dog.

The most common symptoms that appear are:

Marijuana not only affects humans but also to animals. With its negative reactions, it damages the serenity and well being of your dog. The responsibility comes on pet owners to take care of their pets with such drugs around in the vicinity.

Revolution for Cats and Dogs: The Best Treatment

Best Flea and Tick Treatments for Dogs In 2021! 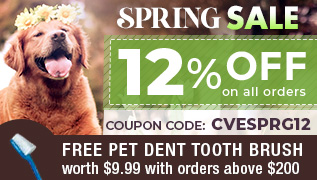