Lyme Disease: How Seresto Collar Keeps The Disease At Bay 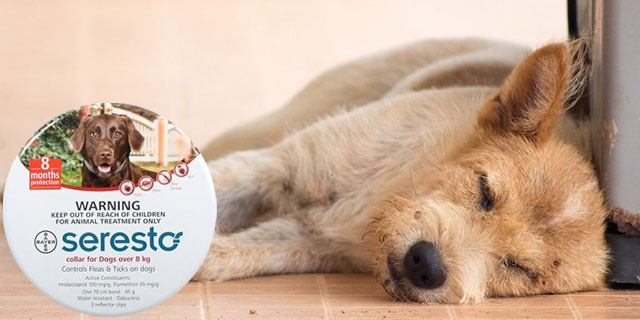 First diagnosed in 1975 in Old Lyme, Connecticut, the disease is named after the city Old Lyme and is the most common infection in dogs especially in the month of April i.e. early summer and onset of spring season.  And that’s why April is considered as Prevent Lyme Disease Month.

This Lyme disease prevention month, let us know more about this disease and also find out the best method to eschew it.

First Of All Let’s Understand-

How Lyme Disease Is Transmitted To Dogs?

The main reason why your dog gets affected by Lyme disease is deer ticks. However, ticks are just a transport medium, the bacterium Borrelia burgdorferi is actually carried by white-footed mouse.

Deer ticks, in their larval and nymph stages, suck the bacteria when they feed on mice. The Bacteria sucked during feeding gets matured in the deer tick’s gut and is further transmitted to dogs by the ticks when they bite them for a meal of blood.

For a tick to transmit Lyme disease bacteria into your pooch’s blood, it may take around 12-48 hours. After which the bacteria can take up to 2-5 months to develop and cause Lyme disease in your pal’s body. Some of its symptoms are–

Whenever you observe the above symptoms in your dog, do take your pooch to a vet and get him/her examined by the Vet. Your vet will conduct tests which may be one of the 2 types of test.

(1) The test to determine the presence of antibodies

PCR is a specific DNA test that confirms the presence of Borrelia burgdorferi bacterium. This test is carried out when the dog is infected recently or for a long period of time because the antibodies are rarely present to show any positive result. 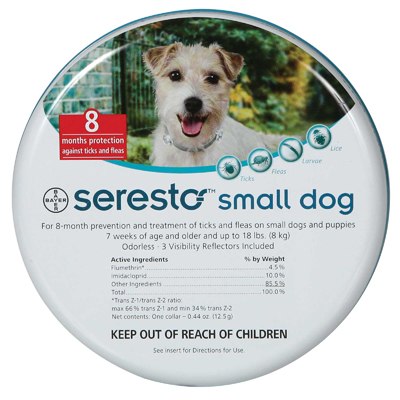 Treatment Of Lyme Disease in Dogs

The treatment of Lyme disease is possible with the help of Antibiotics that can be administered for several weeks. The antibiotics will alleviate the symptoms. However, in some cases, it may take several more weeks of the antibiotic course to treat the disease completely.

Prevention Of Lyme Disease With The Help Of SERESTO COLLAR

To prevent Lyme disease you have to prevent tick infestation and ensure that your pet doesn’t get bitten up by deer ticks.

And for that, Seresto Collar for treatment and prevention of fleas and ticks does the job amazingly well. It is one of the best and long-lasting flea and tick collar in the market. The collar not only treats but also prevents fleas and ticks from infesting your pooch. Equipped with a safety release mechanism, the collar is extremely safe, odorless and mess-free.

Recommended for the dogs over 7 weeks of age, the collar is safe to be used on dogs and cats both. However, there are different variants for dogs and cats and should not be interchanged.

Ok, But How Seresto Collar Is Beneficial To Prevent Lyme Disease?

As mentioned above, Lyme disease is transmitted by deer ticks when they feed on your pet. So, it is important to kill & prevent these ticks from getting attached to your fido’s body and transmit Lyme disease-causing pathogens into your dog’s body.

Seresto Collar does exactly the same thing. It prevents the deer tick infestation so that Lyme disease is prevented and you and your pet can have a carefree outing.

Read on to know more advantages of Seresto Collar-

What Are The Advantages Of the Seresto Collar?

There are numerous advantages of this collar and that is the reason why it is preferred by many pet parents and Vets.

Here are some advantages-

Lyme disease prevention month i.e April has already begun don’t waste time and spread the information about Lyme disease and its preventive measures among your friends, colleagues and family members. Remember it only takes 12-48 hours for a deer tick to inject Lyme disease-causing pathogen into your pal’s body. Each day counts.

Now, you know the drill.

How To Protect Your Pets Easily During Summer?

Can Dogs Get Coronavirus?

Revolution VS Nexgard for Dogs 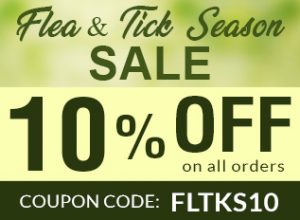